Would everyone else please join me in fervent prayer for the children and families affected, as well as those who are advocating at national and international levels.

Posted by Dina Ackermann, Ministry Coordinator at 4:38 PM No comments:

Russian Lawmakers Back a Bill Banning Adoptions from U.S.

On Wednesday, Russian lawmakers backed a bill that would ban adoption by U.S. families.  The action is widely seen as retaliation for U.S. sanctions against Russia for human rights violations.  I personally find this sadly ironic.
You can read a story in today's Daily Herald.  http://www.dailyherald.com/article/20121226/news/712269883/
Here's how your voice can be heard.
Sasha D’Jamoos is a young Russian adoptee with special needs who last week started Voice of the Child, a campaign to encourage the continuation of adoptions between Russia and the United States. As part of his campaign, Sasha has published a letter and petition to President Putin. Please sign the petition and encourage others to do so as well. Click here to sign the petition and please forward to others who may be interested.
Posted by Dina Ackermann, Ministry Coordinator at 8:04 AM No comments:

"Thriving As A Multiracial Family" Workshop

Posted by Dina Ackermann, Ministry Coordinator at 5:54 PM No comments:

Annual "A Home for the Holidays" TV Special Highlights Adoption

“A Home for the Holidays” is a powerful CBS special. It shares stories of foster care adoption and features performances from some of America’s most popular musical artists. The Dave Thomas Foundation has been a proud partner and participant since 1999, along with Children’s Action Network and Triage Productions. The program is generously sponsored by Wendy’s.

This heartwarming holiday special will air at 7 p.m. CT, Wednesday, December 19, 2012 on CBS, and features all-star talent. See the joy of having a family through the eyes of a child — not just for the holidays, but forever.

You can give the gift of family. Text the word HOME to 50555 to make a $10 donation to DTFA. Standard text and data rates may apply.
Posted by Dina Ackermann, Ministry Coordinator at 5:47 PM No comments:

Project Zero, a ministry which aims to raise awareness of the need for families for Arkansas’ waiting children, recently released Grafted, a CD with songs featuring artists from all over the country, including Jason Truby, Tiffany Thornton, Willet, Caitlin Evanson, Stu Garrard, Steve Dean, Sonny Sandavol, Phil Keaggy, Cheri Keaggy, Geoff Moore, Sean Michele, The Roys, Jessica Mack, and Hannah Watson. All proceeds from the sale of Grafted will benefit Project Zero, whose motto is 1+1=0, which means that one child plus one family equals zero children waiting. To learn more about Project Zero, please click here. To purchase Grafted, please go to iTunes or click here.
Posted by Dina Ackermann, Ministry Coordinator at 6:16 PM No comments:

I highly recommend a new book, The Global Orphan Crisis by Diane Lynn Elliot.  Diane's research, combined with her passion for children has created a must-read not only for orphan advocates but for every Christian.  Diane clearly and concisely provides reasons for the orphan crisis and follows it up with thoughtful and practical solutions. 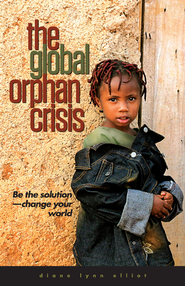 Diane Lynn Elliot is an author, photographer and business administrator. Her interest in the global orphan crisis started many years ago with a trip to a hospital for terminally ill children in Siberia, and later to an orphanage in Mexico. Seeing a small snapshot of the great need started her journey and fueled her passion for orphaned children. While writing The Global Orphan Crisis, Diane also traveled to Peru and Haiti, expanding her vision and passion for orphaned children. She has a BA in Communication from Trinity International University and an M.B.A. in Global Management from the University of Phoenix. Diane, her husband David, along with their Alaskan Klee Kai, Kody, live in Wauconda, Ill., and attend Willow Creek Community Church.

For more information about Diane or the global orphan crisis, please visit its website.

By Evening Express staff
updated 12:50 PM EST, Mon December 03, 2012
NEED TO KNOW
HLN money expert Clark Howard is teaming up with the Georgia Department of Family and Children's Services to provide a special Christmas for kids in foster care!
This is the 22nd year "Clark's Christmas Kids" has been collecting presents -- last year the campaign received gifts for more than 4,500 children!
If you live in the southeast, you can stop by certain Wal-Mart locations at certain times to donate in person. Check out ClarkHoward.com for a full list of dates, locations and times.
If you can't make it to a Wal-Mart in person, you can also donate directly to the Salvation Army online.

To check out Clark Howard's video click here: http://www.hlntv.com/video/2012/12/03/clark-howard-christmas-kids
Clark Howard shows you how to save more and spend less every weeknight on HLN’s Evening Express 5-7 p.m. ET.
Posted by Dina Ackermann, Ministry Coordinator at 2:38 PM No comments:

LifeSong for Orphans: Gift of Purpose

ONE less orphan. Make ONE commitment. Educate ONE student. Change ONE future. Show Christ’s love to ONE child.

LifeSong for Orphans invites you to page through their 2012 Gifts of Purpose Catalog that doesn’t just include ways you can give, but STORIES of real children, families and orphan caregivers around the world, whose lives are waiting for YOUR impact.

Would you consider making a difference in the life of ONE child? A child like…


–Nata, 12-years-old, whose soft heart is open to the Gospel in Ukraine (Give Sponsorship) or
–Cherent, who is experiencing school in Ethiopia for the first time at the age of 13. (Give Education)
This year join Lifesong for Orphans in giving a Gift of Purpose. A gift that will show Jesus to a child in need.

To give a Gift of Purpose, visit the new online catalog. 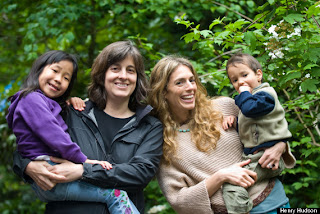 Giving Thanks: Two Moms From Portland Changing the Lives of Orphans Around the World
by Melissa Sher
Huff Post Parents
11/21/2012

All Cindy Kaplan had hoped for was a healthy baby. But when my friend and her husband met their 6-month-old son for the first time in an orphanage in Kazakhstan, he was dangerously underweight from severe malnourishment. "Jadyn was slowly dying. He wasn't going to live much longer," said Cindy.

Jadyn's developmental growth, as a result, had been stunted. He couldn't roll over at 6 months old. He couldn't lift his head. His needs were so tremendous that Cindy quit her job to care for him. "It wasn't easy. I was struggling," Cindy said about bringing her precious son -- whom she calls her "gift" -- home to Portland in 2006.

One afternoon, Cindy went to the park to reconnect with a woman she had befriended online. Mishelle Rudzinski had adopted a child from Kazakhstan at the same time as Cindy, and they had been exchanging emails for months.

Mishelle, who had been working as a speech pathologist, had read about a 5-year-old girl's plight on a work listserv. The orphan, diagnosed by some doctors with cerebral palsy and by others with muscular dystrophy, was to be permanently transferred to a special "end-of-the-road" facility if she was not adopted soon.

Mishelle immediately contacted the adoption agency and received videos of the little girl who was to become her daughter. When Mishelle watched the videos, she saw the girl's condition grow progressively worse. As a toddler, Bakha could crawl and climb. But by age 5, she was hunched over, bowlegged and barely able to walk. At the time of the adoption, the agency had Mishelle sign papers acknowledging that Bakha might not live to age 18.

To read the rest of the article click here.

To learn more about the Spoon Foundation click here.
Posted by Dina Ackermann, Ministry Coordinator at 6:10 PM No comments:

We are a group of people from Willow Creek Church that advocate for, and support the adoption, foster care and Safe Families for Children communities.

Select Thursdays & Saturdays, May 10-June 7, 2018, 7pm - 9pm DCFS PRIDE training. This is a required training to become licensed as foster parents in the state of IL. Please note, you must be referred by a foster care agency to participate in the class. For more information contact fostercare@willowcreek.org.

Saturday, June 9, 2018, 4pm - 8pm Adoption Community Picnic. Butterfield Park, Elmhurst. Join us for an evening of connection with other adoptive families! A photographer will be taking free family photos. Bring a side dish or dessert to share. RSVP at adoption@willowcreek.org .

Thursdays, July 19-Oct 25, 2018 DCFS PRIDE training. This is a required training to become licensed as foster parents in the state of IL. Please note, you must be referred by a foster care agency to participate in the class. For more information contact fostercare@willowcreek.org.

Saturday, September 15, 2018, 8:30am-5:00pm DCFS Educational Advocacy training. Please note, you must be referred by a foster care agency to participate in the class. For more information contact fostercare@willowcreek.org.

Waiting Families Group: Families in the process of adopting meet every 3rd Sunday of the month after the 11:15 service (about 12:30) in the Link, (the breezeway connecting the atrium to the Care Center) for connection, support, & encouragement. For more information contact Angela Osgood at 773-430-5304.

First Mom Group: Women who have placed a child for adoption are invited to meet together for community, encouragement, support, & healing. no matter where you are on your journey. The group meets on Wednesday nights from 7:30-8:45. For more information contact Jan Collins (a fellow birthmother) at 773-983-3773.

Confessions of an Adoptive Parent

Focus on the Family/Voice of the Orphan

International Adoption Clinic at U of Chicago

One Sky (Formerly Half the Sky) (China)