Offered as an alternative to online training, this event is designed to equip you to welcome a child into your home (Host Family) or support a host or placing parent (Family Friend) and move you through the training process efficiently. The live Comprehensive Training Session includes everything you need to become a certified Safe Family Volunteer—all in one place.

Doors open at 8:30 AM for those who need to start an application, schedule a home study, start a background check, or ask one-on-one questions.  The training session begins at 9:00 AM sharp.  The training will be held in Room B207.  Please enter in the entrance for The Chapel.


A light breakfast and lunch will be provided. There will also be a variety of special giveaways throughout the training session you won't want to miss!

Reserve your spot today! We look forward to seeing you on March 14th to equip and encourage you in your journey.

If you have further questions please contact Sarah Mohr, 773-653-2222, or smohr@safefamilies.net

Posted by Dina Ackermann, Ministry Coordinator at 7:46 PM No comments:

What Made Roman Smile Again 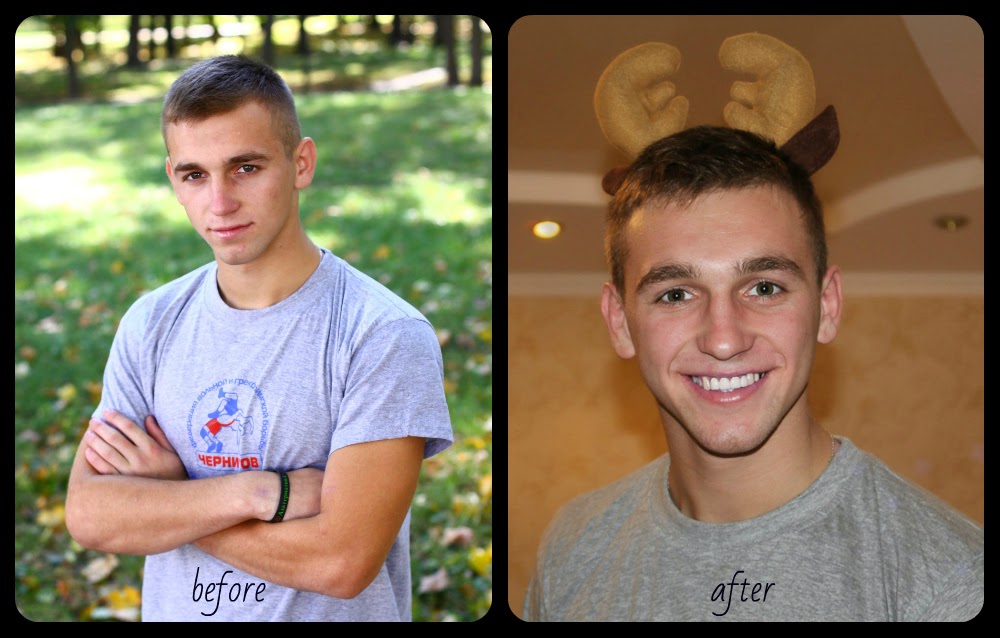 This past Christmas season was extra special for a young man in Ukraine. A 19-year-old young man named Roman.Unfortunately, at a very young age, Roman lost both of his parents. He was sent to an orphanage and later met local Christians who minister to children and young adults within the orphanage walls and after they age out.
Roman is a very curious kid by nature. He has asked many questions about life, about people, and about God. Another characteristic about Roman anyone would quickly notice is that he would rarely smile, displaying a tight-lipped frown on a somewhat gloomy face. Knowing the hardships of life he had faced, it didn't come as too much of a surprise.

This past September, as he entered a tech school to become a builder, he was invited to attend a Bible Study at a Lifesong Transition Home. He gladly accepted and started to attend. Although, he wasn't quite as quick to accept the invitations that were offered to attend church.The Lifesong staff started to pray for his repentance, as they sensed he was seeking the Lord.

As the staff continued to get to know Roman better, they discovered that his lack of smile had a reason behind it. Roman didn't have any front teeth! Our staff connected him to a charitable dentist who helped Roman at a minimal charge to bring his smile back. And guess what? Roman decided it was time to start smiling again. Shortly after, right around Christmas, he began to walk in fellowship with God, believing in Jesus as his Savior! And now, as you can see in the picture above, he hasn't stopped smiling!

Thanks be to God for drawing this young man to Himself! Please pray for Roman as he starts his walk with Christ, that He would be filled with the Spirit and walk in His Truth!

Learn more about the lives changing in Ukraine at www.lifesongfororphans.org/countries/ukraine.


Posted by Dina Ackermann, Ministry Coordinator at 2:18 PM No comments:

There are more than 150 million orphans worldwide. THE DROP BOX is the real-life account of one small group of Christ-followers, in one corner of the world, who have sacrificed everything in order to care for the orphans in their midst. This feature-length documentary from Pine Creek Entertainment and Arbella Studios, in association with Focus on the Family and Kindred Image, tells the story of South Korean Pastor Lee Jong-rak and his heroic efforts to embrace and protect his community's most vulnerable children.

Posted by Dina Ackermann, Ministry Coordinator at 7:42 PM No comments:


All families are joyfully invited to join us for a
“Celebration of Adoption” Mass & casual
family get together in Church Hall following mass.
(Pizza & Refreshments will be served!!)

We are a group of people from Willow Creek Church that advocate for, and support the adoption, foster care and Safe Families for Children communities.

Select Thursdays & Saturdays, May 10-June 7, 2018, 7pm - 9pm DCFS PRIDE training. This is a required training to become licensed as foster parents in the state of IL. Please note, you must be referred by a foster care agency to participate in the class. For more information contact fostercare@willowcreek.org.

Saturday, June 9, 2018, 4pm - 8pm Adoption Community Picnic. Butterfield Park, Elmhurst. Join us for an evening of connection with other adoptive families! A photographer will be taking free family photos. Bring a side dish or dessert to share. RSVP at adoption@willowcreek.org .

Thursdays, July 19-Oct 25, 2018 DCFS PRIDE training. This is a required training to become licensed as foster parents in the state of IL. Please note, you must be referred by a foster care agency to participate in the class. For more information contact fostercare@willowcreek.org.

Saturday, September 15, 2018, 8:30am-5:00pm DCFS Educational Advocacy training. Please note, you must be referred by a foster care agency to participate in the class. For more information contact fostercare@willowcreek.org.

Waiting Families Group: Families in the process of adopting meet every 3rd Sunday of the month after the 11:15 service (about 12:30) in the Link, (the breezeway connecting the atrium to the Care Center) for connection, support, & encouragement. For more information contact Angela Osgood at 773-430-5304.

First Mom Group: Women who have placed a child for adoption are invited to meet together for community, encouragement, support, & healing. no matter where you are on your journey. The group meets on Wednesday nights from 7:30-8:45. For more information contact Jan Collins (a fellow birthmother) at 773-983-3773.

Confessions of an Adoptive Parent

Focus on the Family/Voice of the Orphan

International Adoption Clinic at U of Chicago

One Sky (Formerly Half the Sky) (China)